For the last little while we've been working to snap up Unity8. This is all part of the conversion from a system image based device to one that is entirely based on snaps. For the Ubuntu Phones we basically had a package layout with a system image and then Click packages on top of it.

Where Snaps change things is now all the various pieces of the core operation of the device can be confined and managed as individual bits. They can also be upgraded and rolled back on failure independently. And to get the benefits of that system we need to get Unity8 into a snap. For all the time that we spent harassing application developers about how they need to transform their apps so that they could work within the constraints of a Click, now we have to do that work ourselves. And it is definitely non-trivial. But we're getting there.

All of the snaps needed to build a full system aren't yet available so we created a small debian package that intergrates the Unity8 snap onto standard Ubuntu system. This package puts into place the configuration files for LightDM so that when a user selects the Unity8 Snap Session it calls into the unity8-session snap directly. This way Unity8 itself stays all together in the snap and we don't have to worry about the other pieces of the core system that are also being developed at the same time. The package is available in the Stable Phone Overlay for Ubuntu 16.04 or in the Zesty archive and can be installed with apt install unity8-session-snap. It has a small helper script that will install the snaps you need that you can call as unity8-snap-install.

Right now we have the basic functionality mostly working. But there are a lot of warts. We're working to remove all of them and turn the Unity8 snap into the best way to get the latest features of Unity8 in a safe manner. 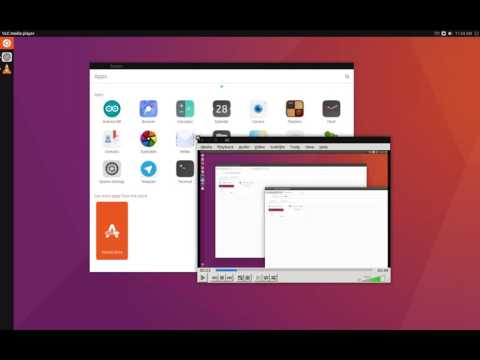 I plan to post a bit more about what we're doing and problems we're solving along the way, even if I have some catching up to do. Trying to keep the posts small so I get them done.